Roy Ottoway Wilkins was a prominent activist in the Civil Rights Movement in the United States from the 1930s to the 1970s. Wilkins’ most notable role was his leadership of the National Association for the Advancement of Colored People (NAACP) in which he held the title of Executive Secretary from 1955 to 1963 and Executive Director from 1964 to 1977. Wilkins was a central figure in many notable marches of the civil rights movement. He made valuable contributions in the world of African American literature, and his voice was used to further the efforts in the fight for equality. Wilkins’ pursuit of social justice also touched the lives of veterans and active service members, through his awards and recognition of exemplary military personnel.

Wilkins was born in St. Louis, Missouri, on August 30, 1901. His father was not present for his birth, having fled the town in fear of being lynched after he refused demands to step away and yield the sidewalk to a white man. When he was four years old, his mother died from tuberculosis, and Wilkins and his siblings were then raised by an aunt and uncle in the Rondo Neighborhood of St. Paul, Minnesota, where they attended local schools. His nephew was Roger Wilkins. Wilkins graduated from the University of Minnesota with a degree in sociology in 1923.

In 1929, he married social worker Aminda “Minnie” Badeau; the couple had no children of their own, but they raised the two children of Hazel Wilkins-Colton, a writer from Philadelphia, Pennsylvania. 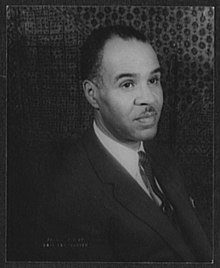 While attending college, Wilkins worked as a journalist at The Minnesota Daily and became editor of The Appeal, an African-American newspaper. After he graduated he became the editor of The Call in 1923.

His confrontation of the Jim Crow Laws led to his activist work, and in 1931 he moved to New York City as assistant NAACP secretary under Walter Francis White. When W. E. B. Du Bois left the organization in 1934, Wilkins replaced him as editor of The Crisis, the official magazine of the NAACP. From 1949 to 1950, Wilkins chaired the National Emergency Civil Rights Mobilization, which comprised more than 100 local and national groups.

He served as an adviser to the War Department during World War II.

In 1950, Wilkins—along with A. Philip Randolph, founder of the Brotherhood of Sleeping Car Porters, and Arnold Aronson, a leader of the National Jewish Community Relations Advisory Council—founded the Leadership Conference on Civil Rights (LCCR). LCCR has become the premier civil rights coalition, and has coordinated the national legislative campaign on behalf of every major civil rights law since 1957. 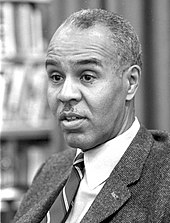 In 1955, Roy Wilkins was chosen to be the executive secretary of the NAACP, and in 1964 he became its executive director. He had developed an excellent reputation as an articulate spokesperson for the civil rights movement. One of his first actions was to provide support to civil rights activists in Mississippi who were being subjected to a “credit squeeze” by members of the White Citizens Councils.

Wilkins backed a proposal suggested by Dr. T.R.M. Howard of Mound Bayou, Mississippi, who headed the Regional Council of Negro Leadership, a leading civil rights organization in the state. Under the plan, black businesses and voluntary associations shifted their accounts to the black-owned Tri-State Bank of Memphis, Tennessee. By the end of 1955, about $300,000 had been deposited in Tri-State for that purpose. The money enabled Tri-State to extend loans to credit-worthy blacks who were denied loans by white banks. Wilkins participated in the March on Washington (August 1963), which he had helped organize. The march was dedicated to the idea of protesting through acts of nonviolence in which Wilkins was a firm believer. Wilkins also participated in the Selma to Montgomery marches (1965), and the March Against Fear (1966).

He believed in achieving reform by legislative means, testified before many Congressional hearings and conferred with Presidents Kennedy, Johnson, Nixon, Ford, and Carter. Those achievements gained Wilkins attention from government officials and other established politicians, earning him respect as well as the nickname, “Mr. Civil Rights”. Wilkins strongly opposed militancy in the movement for civil rights as represented by the “black power” movement because of his support for nonviolence. He was a strong critic of racism in any form regardless of its creed, color, or political motivation, and he also declared that violence and racial separation of blacks and whites were not the answer. As late as 1962, Wilkins criticized the direct action methods of the Freedom Riders, but changed his stance after the Birmingham campaign, and was arrested for leading a picketing protest in 1963.

On issues of segregation, as well, he was a proponent of systematic integration instead of radical desegregation. In a 1964 interview with Robert Penn Warren for the book Who Speaks for the Negro?, he declared,

We Negroes want the improvements in the public school system – and among them, of course, the elimination of segregation, based upon race – the institution of the same quality education in the schools attended by our children as those attended by other children, and we want Negro teachers and we want Negro supervisors, and we want all the opportunity, but the only way our form of government and our structure of society can survive is by some common indoctrination of our citizenry, and we have found this in the public school system. And, for any reformer, black or white, zealot or not, to come along and say, “I’ll destroy it, if it doesn’t do like I want it to do,” is very dangerous business, as far as I’m concerned.

However, his moderate views increasingly brought him into conflict with younger, more militant black activists who saw him as an “Uncle Tom.”

Wilkins was also a member of Omega Psi Phi, a fraternity with a civil rights focus and one of the intercollegiate Greek-letter fraternities established for African Americans.

In 1964, he was awarded the Spingarn Medal by the NAACP.

In 1968, Wilkins also served as chair of the U.S. delegation to the International Conference on Human Rights. After turning 70 in 1971, he faced increased calls to step down as the NAACP chief. In 1976, he fell into a dispute with undisclosed board members at the NAACP national convention in Memphis, Tennessee. Although he had intended to retire that year, he decided to postpone it until 1977 because he thought that the pension plan offered to him by the NAACP was inadequate. Board member Emmitt Douglas of Louisiana demanded that Wilkins disclose the offenders and not impugn the board as a whole. Wilkins merely said that the offenders had “vilified” his reputation and questioned his health and integrity.

In 1977, at the age of 76, Wilkins finally retired from the NAACP and was succeeded by Benjamin Hooks. He was honored with the title Director Emeritus of the NAACP in the same year. He died on September 8, 1981, in New York City of heart problems related to a pacemaker implanted on him in 1979 because of his irregular heartbeat. In 1982, his autobiography, Standing Fast: The Autobiography of Roy Wilkins, was published posthumously.

The players in this drama of frustration and indignity are not commas or semicolons in a legislative thesis; they are people, human beings, citizens of the United States of America.

Wilkins was a staunch liberal and proponent of American values during the Cold War, and he denounced suspected and actual communists within the civil rights movement. He had been criticized by some on the left of the civil rights movement, such as Daisy Bates, Paul Robeson, W. E. B. Du Bois, Robert F. Williams, and Fred Shuttlesworth, for his cautious approach, his suspicion of grassroots organizations, and his conciliatory attitude towards white anticommunism.

In 1951, J. Edgar Hoover and the state department, in collusion with the NAACP and Wilkins (then editor of The Crisis, the official magazine of the NAACP), arranged for a ghost-written leaflet to be printed and distributed in Africa. The purpose of the leaflet was to spread negative press and views about the Black political radical and entertainer Paul Robeson throughout Africa. Roger P. Ross, a State Department public affairs officer working in Africa, issued three pages of detailed guidelines including the following instructions:

United States Information and Educational Exchange (USIE) in the Gold Coast, and I suspect everywhere else in Africa, badly needs a through-going, sympathetic and regretful but straight talking treatment of the whole Robeson episode … there’s no way the Communists score on us more easily and more effectively out here, than on the US. Negro problem in general, and on the Robeson case in particular. And, answering the latter, we go a long way toward answering the former.

The finished article published by the NAACP was called Paul Robeson: Lost Shepherd, penned under the false name of “Robert Alan”, whom the NAACP claimed was a “well known New York journalist.” Another article by Roy Wilkins, called “Stalin’s Greatest Defeat”, denounced Robeson as well as the Communist Party of the USA in terms consistent with the FBI’s information.:

At the time of Robeson’s widely misquoted declaration at The Paris Peace Conference in 1949, that African Americans would not support the United States in a war with the Soviet Union because of their continued lynchings and second-class citizen status under the law following World War II, Roy Wilkins stated that regardless of the number of lynchings that were occurring or would occur, Black America would always serve in the armed forces. Wilkins also threatened to cancel a charter of an NAACP youth group in 1952 if they did not cancel their planned Robeson concert.

Stance on War and Military Involvement

During the presidential terms of John F. Kennedy and Lyndon B. Johnson, the civil rights movement was at its peak. International affairs were somewhat overlooked by numerous members of the NAACP and other civil rights groups in order to focus on domestic issues in the United States. However, Wilkins stayed true to his liberal values and carried them to the White House during his time with the NAACP. Wilkins’ friendship and constant correspondence with Johnson gave him an even larger platform to speak out on war efforts and policies affecting civil rights.

His views towards the participation of black military members in the U.S service was a point of contention between him and other prominent civil rights leaders. While most civil rights groups and activists were staying quiet or speaking out against the Vietnam War, Wilkins’ was focused on what African-Americans could gain out of serving in the military. An article posted in the Western Journal of Black Studies suggests that black troops were fighting for equality both in the United States as well as overseas. Wilkins emphasized the financial benefits of serving in the military along with the importance of African-American citizens participating in the first integrated American army.

Wilkins’ efforts to further equality in the realm of international affairs were publicly recognized in 1969 when he was awarded the Presidential Medal of Freedom by Lyndon Johnson.