Jeff Donaldson was a visual artist whose work helped define the Black Arts Movement of the 1960s and 1970s. Donaldson, co-founder of AfriCOBRA and contributor to the momentous Wall of Respect, was a pioneer in African-American personal and academic achievement. His artwork is known for creating alternative black iconography connected to Africa and rooted in struggle, in order to replace the history of demeaning stereotypes found in mainstream white culture.

In the midst of the racial and cultural turmoil of the 1960s, a group of African-American artists endeavored to relate its artwork to the black masses. Aiming to use art for social impact, artists such as Donaldson strived to create an “art for the people”—an art form that was recognizable by and directed toward the common black folk, rather than a group of well-educated elite. Within his works and collaborative efforts, Donaldson essentially became the father of a new, uniting aesthetic—transAfricanism.

Within AfriCOBRA, it was Donaldson’s idea to synthesize an all-encompassing transnational aesthetic—to, in effect, collaborate internationally to unify the then-fragmented concept of black art. The result of such unification would usher in a deeper understanding on the behalf of the African diasporic masses concerning its identity as a people. Having been displaced from their native lands and transplanted into foreign locations, members of the African diaspora grasped onto the only thing that remained of their lost identity—the fact that they descended from Africa, and that they were removed thence. Thus, ironically, the very factor which disowned the African diasporic peoples of their past identities became the fabric of their new self-concepts. The uniting efforts of Donaldson and AfriCOBRA not only furthered this sense of transnational identity among the diaspora, but gave it visibility, making it “official”, in away. As Donaldson described, “One rarely sees a black human-interest story [in the newspaper]” and of television, “not a single one of the new programs celebrates the beauty and dignity of black lifestyle.” Thus, he endeavored to put the true nature of blacks into the forefront—to give it an up-front face and therefore a recognized existence. 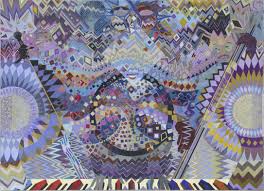