Samuel Jesse Battle was the first black police officer in New York City. After attending segregated schools in North Carolina, Battle moved north, first to Connecticut, then to New York City, where he took a job as a train porter and began studying for the New York City Police Department civil service exam. He was sworn in on March 6, 1911.

His brother-in-law was Patrolman Moses P. Cobb, who started working for the Brooklyn Police force in the early 1890s before the unification of NYC and acted as Battle’s mentor. “Big Sam” as he was known — 6 feet, 3 inches tall, 280 pounds — earned the respect of his fellow officers after saving one officer’s life in the early 1920s. They subsequently voted to allow him into the Sergeant’s Academy. As the NYPD’s first black lieutenant, during the intense Harlem Riots of 1935 – after 3 days of violence he circulated flyers of himself with the young boy smiling who had allegedly been murdered in the basement of the Kress Department store.

In 1941, Battle began work as a parole commissioner, working with delinquent youths in Harlem. He initiated rehabilitation programs, such as summer camps and sports activities for the youth of Harlem. During a 1943 race riot, triggered by the shooting of an African-American suspect by a white police officer, Battle, at the request of fellow Republican New York Mayor Fiorello LaGuardia, was called in to quell the Harlem area where the riot erupted. He noted how Lincoln sacrificed himself for the cause of reconciliation and calmed the flames. Battle retired as parole commissioner in 1951 but remained active in community activities for the Harlem area.

In 2009, the 135th and Lenox Avenue intersection in New York City was named after him.

In the television series Watchmen, Battle (played by Philly Plowden) was shown inducting the character of Will Reeves, another black police officer, into the New York Police Department in 1938, warning him of institutionalized racism he might face. 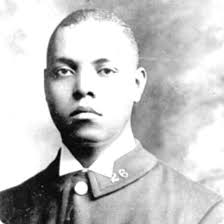