His photographs have appeared in the 2007 documentary film Planet B-Boy and such exhibitions as the 2008 “Street Art Street Life: From the 1950s to Now” in the Bronx Museum of the Arts and as the album cover art for the 2011 hip hop album Undun by The Roots. Shabazz also appeared in the Cheryl Dunn 2010 documentary Everybody Street, “about photographers who have used New York City street life as a major subject in their work”. In 2008, curator Shantrelle Lewis paid homage to Shabazz with “The Shoot-Out: A Lonely Crusade, Homage to Jamel Shabazz”.

In an interview with Nation19 Magazine entitled “The Mathematics of Photography”, Jamel said he embraced shooting analog film and digital formats.

In 2016 Shabazz was portrayed by Cedric Benjamin in the second episode of Luke Cage. A fictionalized version of Shabazz appears in a flashback where he meets street thug Pop and his companions Cornell Stokes and Fredo Diaz, and asked them to pose for a picture, which they agreed to. In the following years, Pop kept a copy of the photo with him. 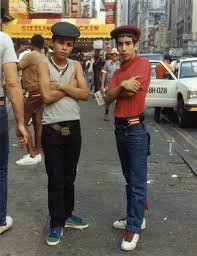