Michael B. Platt was an American artist and art professor. Platt was predominantly known as a printmaker and photographer. He was born, worked, lived most of his life, and died in Washington, DC. 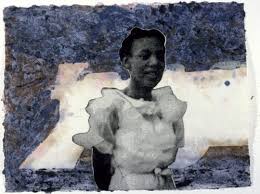 Platt received his degrees in Fine Art from the Columbus School of Art & Design in Ohio (BFA 1970), and Howard University (MFA 1973) in Washington, DC.

Although Platt worked for years as a printmaker and photographer, his latest exhibitions in the last few years tended to be multi-media in nature. He taught at the Alexandria Campus of Northern Virginia Community College for more than 30 years and subsequently at Howard University for more than 10 years, where “he introduced digital photography and non-toxic printmaking into the school’s Fine Art curriculum.” He is considered by many to be one of the most influential DC artists and art professors of the last few decades. During his life, he exhibited his artwork in solo and group shows in museums, art centers, and galleries in both the United States and other nations such as Australia, Viet Nam, Ukraine, Greece, Slovenia, the United Kingdom, Italy, and France.

In 2003 Howard University’s James A. Porter Colloquium commissioned Platt to create the inaugural print for its 2004 conference.

In 2004 he was part of the DC Print Portfolio Project, sponsored by the District of Columbia Commission on the Arts and Humanities.

In 2006 Platt was commissioned to create work for the exhibition organized by the Reginald F. Lewis Museum of Maryland African-American History & Culture in Baltimore in collaboration with the Maryland Historical Society and the Maryland Institute College of Art for their multi-venue 2007 exhibit, “At Freedom’s Door: Challenging Slavery in Maryland.”

In 2015, Platt and his wife, poet Carol A. Beane, exhibited Ritual +Time Travel = Rebirth: Images and Words by Michael B. Platt and Carol A. Beane at the Sonya Haynes Stone Center of the University of North Carolina, Charlotte, NC.

Most recently, in 2019, “Influences and Connections”, also an exhibition with his wife at the American University Museum, was described as: “although not a retrospective, did become a sort of summation” of his career. A second reviewer noted that “Platt’s images are multifaceted, richly layered and textured, and require deep gazing to register all the elements present in just one piece.”