Clifford Owens is an African-American mixed media and performance artist, writer and curator. Owens was born in Baltimore, Maryland, in 1971 and spent his early life in Baltimore. Owens is known for his works which center on the body and often include interactions with the audience and spontaneity. 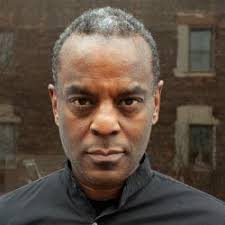 Clifford Owens attended the School of the Art Institute of Chicago, graduating in 1998. He received his MFA in 2000 from the Mason Gross School of the Arts, Rutgers University in 2000, and participated in the Whitney Independent Study Program in 2001.

He attended Skowhegan School of Painting and Sculpture in Maine in 2004 and was an Artist-in-Residence at The Studio Museum in Harlem 2005-2006.

At Owens’ first solos show at the Contemporary Arts Museum Houston, he presented, Photographs with an Audience, a piece about how the history of performance art is intertwined with the history of photography. In it, Owens asked questions of the audience and those that had answered the same would have their picture taken as a group.

In Owen’s solo exhibition, Anthology at MoMA PS1, he performed instructional scores submitted by black artists that he had asked to participate. One score written by artist Kara Walker, was withdrawn by Walker while the exhibition was on view but was performed by Owens three times at MoMA PS1.