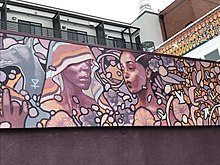 In 1993 McCalebb was a featured artist in the film Manhattan City Scape, director by Steen Møller Rasmussen, a Plagiet Film, produced in cooperation with the Danish Film Institute Workshop. In 1981, he appeared in the film “Bearden Plays Bearden,” produced by the Philip Morris Corporation.