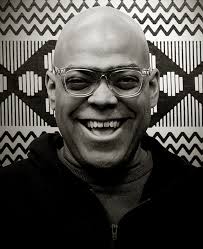 Britto strives to create art that is both politically and culturally aware in order to make statements and spark conversations. “Much of my work is about being a person of color in America, and the misconceptions and assumptions that go along with that. My art allows me to make people more politically and culturally aware, by using the customary as metaphor.” His art is always made with purpose, “Why make art if you’re not going to make a statement?” says Britto. Furthermore, he uses multiple mediums including photography, video, collage, sculpture, and performance to create art that activates change. His work looks to make viewers uncomfortable because it forces them to confront racial injustice. His goals are to break stereotypes, to force people to stop ignoring the presence of racism, to give a voice to alienated communities, and to help the mainstream community gain a better understanding of these issues.

Britto’s work is based on what he observes on the street every day. After being stopped and frisked in Chelsea, New York, while viewing art in a gallery, Britto created a performance piece called The Suspect Wore, 2012. He created a runway of people in front of a high-end clothing store in the meatpacking district wearing the clothes that they had on when they had been stopped and frisked. Britto created another art piece about stop and frisk called The Brown Man Experience: In Our Own Words, 2014, where he photographed men who had been stopped and frisked and had them write something about themselves on a dry erase board. Michael Britto’s work has been featured in multiple exhibitions, both nationally and internationally, and selected works can be seen in permanent collections at The Studio Museum, Rush Arts Collection, and Taller Boricua in New York.

A large part of Britto’s work is his work as an educator. He has taught various age groups at multiple spaces around New York, where his classes often focus on video production and issues related to race. Britto spent five years teaching at Smack Mellon’s Art Ready and Summer Arts Intensive programs, and also taught children as a media coordinator at the Boys Club of New York. He has taught basic video production at the Children’s Arts Carnival in Harlem, as well as the “Visual Knowledge Program” while at The New Museum of Contemporary Art. He currently teaches at an alternative high school for young adults, who are under-credited in the Lower East Side of Manhattan, and as well teaches as a media teacher at the Downtown Community Television Center’s Pro-TV youth program.

Britto’s video work is often humorous while also addressing serious issues in African American history. In 2005, The Contemporary Art Museum in St. Louis, Missouri displayed two of Britto’s video pieces that explore black history in pop culture. The first piece is titled Dirrrty Harriet Tubman, 2005, which creates an action-hero movie trailer that imagines Harriet Tubman as a young, strong woman rather than a maternal figure as she is often portrayed. The second piece called I’m A Slave 4 U, 2005 is a parody of the Britney Spears’ song of the same title. Britto’s music video casts all black actors in slave costumes with choreography that is inspired by “common slave practices.

Britto’s collages have also gained interest because of his ability to combine very familiar and “haunting images” to create “jarring formations.” In his Something in the Way of Things, 2015 exhibition, Britto explores the promise of the American dream. He collages glamorous, fashionable advertisements with images of guns, violence, and the Ku Klux Klan. The name of the exhibit, Something in the Way of Things, is based on the poem of the same name by Amiri Baraka. Britto chose this reference because his work brings attention to issues like alcoholism, police brutality, depression, and hopelessness. This show ran from September 24 through December 19 at Alijra, a Center for Contemporary Art, Newark, New Jersey in 2015.