In 1908, Martha Minerva Franklin and Adah B. Thoms, two colleagues of Mahoney, met in New York City and decided to start the National Association of Colored Graduate Nurses (NACGN). Mahoney worked tirelessly with these women as a co-contributor to the association by improving the access to educational and nursing practices. This organization attempted to uplift the standards and everyday lives of African-American registered nurses. The NACGN had a significant influence on eliminating racial discrimination in the registered nursing profession.  An increase in the acceptance of black women into notable medical platforms and the integration of the NACGN with the American Nurses Association prompted the dissolution of the organization in 1951.

Mary Eliza Mahoney was born in 1845 in Dorchester, Massachusetts. Mahoney’s parents were freed slaves, originally from North Carolina, who moved north before the American Civil War in pursuit of a life with less racial discrimination. Mahoney was the oldest of two children; with one sibling dying early on as a child. At a young age, Mahoney was a devout Baptist and churchgoer who frequently attended People’s Baptist Church in Roxbury. Mahoney was admitted into the Phillips School at age 10, one of the first integrated schools in Boston, and stayed from first to fourth grade. Phillips School was known for teaching its students the value of morality and humanity, alongside general subjects such as English, History, Arithmetic, and more. It is said this instruction influenced Mahoney’s early interest in nursing. Mahoney knew early on that she wanted to become a nurse; possibly due to seeing immediate emergence of nurses during the American Civil War. Black women in the 19th century often had a difficult time becoming trained and licensed nurses. Nursing schools in the South rejected applications from African American women, whereas in the North, though the opportunity was still severely limited, African Americans had a greater chance at acceptance into training and graduate programs. As soon as the New England Hospital for Women and Children was created she then began to show an interest in nursing at age 18. The NEHWC became the first institution to offer such a program allowing women to work towards entering the healthcare industry, which was predominantly led by men. She was admitted into a 16-month program at the New England Hospital for Women and Children (now the Dimock Community Health Center) at the age of 33, alongside 39 other students in 1878. Her sister, Ellen Mahoney, also decided to attend the same nursing program but was unsuccessful in receiving her diploma. The criteria in which the hospital utilized while choosing students for their program emphasized that the 40 applicants would be “well and strong, between the ages of 21 and 31, and have a good reputation as to character and disposition. “Out of a class of 40 students her and two other white women were the only ones to receive their degree.  It is presumed that the administration accepted Mahoney, despite not meeting the age criteria, because of her connection to the hospital through prior work as a cook, maid, and washerwoman there when she was 18 years old. Mahoney worked nearly 16 hours daily for the 15 years that she worked as a laborer.

Mahoney’s training required she spend at least one year in the hospital’s various wards to gain universal nursing knowledge. The work within the program was intensive and consisted of long days with a 5:30 A.M. to 9:30 P.M. shift, requiring Mahoney to attend lectures and lessons to educate herself through instruction of doctors in the ward. These 12 hour lectures classes consisted of nursing in families, physiological subjects, food for the sick, surgical nursing, child-bed nursing, disinfectants, and general nursing. Outside of the lectures, students were taught many important bedside procedures such as taking vital signs and bandaging. In addition, Mahoney worked for several months as a private-duty nurse. The nursing program allowed for the students to earn a weekly wage, ranging from 1 to 4 dollars, after their first two weeks of work. Many nurses did not see the weekly wages as significant as many of them were struggling financially and thus were giving back 25% of their wages for financial assistance to the hospital. Three quarters of the program consisted of the nurses working within a surgical, maternity or medical ward with six patients they were responsible caring for. The last two months of the extensive 16-month long program required the nurses to use their newfound knowledge and skills in environments they were not accustomed to; such as hospitals or private family homes.After completing these requirements, Mahoney graduated in 1879 as a registered nurse alongside 3 other colleagues — the first black woman to do so in the United States.

After receiving her nursing diploma, Mahoney worked for many years as a private care nurse, earning a distinguished reputation. She worked for predominantly white, wealthy families. Majority of her work with new mothers and newborns had been done in New Jersey, with the occasional travel to other states. During the early years of her employment, African American nurses were often treated as if they were household servants rather than professionals. Mahoney emphasized her preference to eating dinner alone in the kitchen, distancing herself from eating with the existing household help, to further dismiss the relation between the professions. Mahoney also lived alone in an apartment in Roxbury where she spent time reading and relaxing, while also attending church activities with her sister.  Nevertheless, families who employed Mahoney praised her efficiency in her nursing profession. Mahoney’s professionalism helped raise the status and standards of all nurses, especially minorities. Mahoney was known for her skills and preparedness. As Mahoney’s reputation quickly spread, Mahoney received private-duty nursing requests from patients in states in the north and south east coast.

From 1911 to 1912, Mahoney served as director of the Howard Colored Orphan Asylum for black children in Kings Park, Long Island, New York. The asylum served as a home for freed colored children and the colored elderly. This institution was run by African Americans. Here, Mary Eliza Mahoney finished her career, helping people and using her knowledge however she knew best.

In 1896, Mahoney became one of the original members of a predominantly white Nurses Associated Alumnae of the United States and Canada (NAAUSC), which later became the American Nurses Association (ANA). In the early 1900s, the NAAUSC didn’t welcome African-American nurses into their association. In response, Mahoney co-founded a new, more welcoming nurse’s association, with help of Martha Minerva Franklin and Adah B. Thoms. In 1908, she became co-founder of the National Association of Colored Graduate Nurses (NACGN). This association didn’t discriminate against anyone and aimed to support and congratulate the accomplishments of all outstanding nurses, and to eliminate racial discrimination in the nursing community. The association also strived to commemorate minority nurses on their accomplishments in the registered nursing field. In 1909, Mahoney spoke at the NACGN’s first annual convention, which became the first time that Martha Minerva Franklin and Adah Belle Samuels Thoms met Mahoney in person. The NACGN struggled in their early stages with only 26 female nurses in attendance of their first national convention. In her speech, she recognized the inequalities in her nursing education, and in nursing education of the day. The NACGN members gave Mahoney a lifetime membership in the association and a position as the organization’s chaplain. 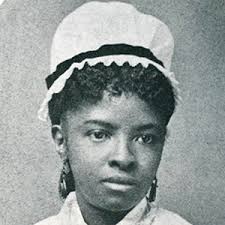 In retirement, Mahoney was still concerned with women’s equality and a strong supporter of women’s suffrage. She actively participated in the advancement of civil rights in the United States. In 1920, after women’s suffrage was achieved in the U.S., Mahoney was among the first women in Boston to register to vote.

In 1923, Mahoney was diagnosed for breast cancer and battled the illness for 3 years until she died on January 4, 1926, at the age of 80. Her grave is located in Woodlawn Cemetery in Everett, Massachusetts. In 1968 Helen Sullivan Miller, a recipient of the Mary E. Mahoney Medal, spearheaded a drive to establish a proper monument.