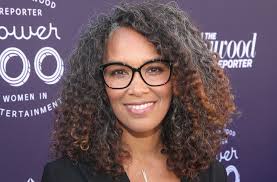 Mara Brock Akil had planned to become a journalist when she was introduced to the theater in the form of a comic skit in a college show. The more she learned about performance and production, the more she became convinced that the kind of work she wanted to do was better suited to the stage and screen than the press. Akil wanted to create work that expressed her own opinions and ideas, and with the confidence and persistence she had learned from her strong-willed mother, she began to pursue a career in television.

By the time she was 30, Akil had built a successful career in one of the most competitive businesses in the world. Moreover, she had introduced her own groundbreaking new television series, Girlfriends. The show climbed quickly to the top of the ratings, involving an increasingly large audience in the lives of its main characters: four dynamic African-American women friends. However, Akil has never been content simply to entertain. All of her productions have delved into important social issues, from class differences to sexually transmitted disease, drawing audiences in by making her characters real human beings with real problems.

Mara Brock was born on May 27, 1970, in Los Angeles, California. When she was eight years old, her mother, Joan Demeter, divorced her husband and took her three children to live in Kansas City, Missouri. Determined to improve her and her children’s lives, Demeter took a secretarial job at Morton Labs and began studying computer programming so that she could work her way up to a better job. She eventually became proprietor of her own business, inspiring her daughter Mara to believe that hard work and vision could lead to success.

After her graduation from Kansas City’s Raytown South High School, Akil entered Northwestern University in Chicago, Illinois, to study journalism. There she had her first theatrical experience when she wrote and performed in a comedy skit for a show at the Black Student Union. Njoki McElroy, a professor in the performance studies department, saw Akil’s performance and offered her the lead role in a Northwestern production of a play called The Colored Museum.

Akil quickly became more interested in the production side of the theater than in acting. During her senior year, she attended a meeting of the Organization of Black Screenwriters where she met author, screenwriter, and artist Delle Chatman, who taught at Northwestern. Akil soon joined Chatman’s screenwriting class, further fueling her determination to be part of the theater.

Upon her graduation from college in 1992, Akil found she had no real wish to look for a job in journalism. She took a job as assistant manager at a Chicago GAP store and looked for a way to begin her career in the entertainment field. Her chance came when a film called With Honors, directed by Alek Keshishian, began filming scenes in Chicago. Akil auditioned and was given a speaking part. This experience convinced her that she wanted to work in film and television, and she moved to Los Angeles to build her career.

Once in the center of the entertainment industry, she was aided in her job search by another Northwestern alumni, filmmaker Jerry Zeismer. She soon landed a job as a production assistant, and, within a year, was working as a writer trainee on the FOX network show, South Central, a half-hour comedy-drama about a working-class, African-American family in Los Angeles.

The producers of South Central appreciated Akil’s ideas and talent and hired her as a writer on the UPN network situation comedy, Moesha, about an African-American teenager. Akil worked on Moesha for four years, eagerly learning as much as she could about every aspect of television creation and production. She produced some episodes of the show, including one called “Birth Control,” which explored issues of teen sexuality, and for which she won a Sexual Health in Entertainment (SHINE) award from The Media Project. While working on Moesha, Akil also began to work as supervising producer for a WB sitcom called The Jamie Foxx Show, starring Foxx as a would-be actor working in a Los Angeles hotel.

In 1999, when Akil was only 29, she had already impressed network executives so much that they offered her the chance to create her own half-hour comedy show about African-American women. Though she would be the youngest black woman producer in Hollywood, Akil met the challenge with enthusiasm. The result was Girlfriends, which debuted on UPN in 2000. The show focuses on the lives of four close women friends: Joan, played by Tracee Ellis Ross; Toni, played by Jill Marie Jones; Lynn, played by Persia White; and Maya, played by Golden Brooks. (After the 2006 season, Jones left the show.) It is, in many ways, a tribute to the strong, caring, and funny black women that Akil herself has known.

She named the show’s central character, the driven, successful, and inwardly vulnerable Joan, after her mother, and was determined to present each woman, her life, and her relationships in a complex and nonstereotypical way. She hired a diverse staff of writers and set to work to create a different kind of comedy. “Every artist is a politician inside,” she told Jenny Hontz in an interview in Northwestern Magazine, “I have an agenda.” That agenda was to highlight the social issues that were important to Akil and to show how they affect the lives of real people. While always presented with sharp wit and affectionate humor, Girlfriends frequently explored serious subjects, from class to addiction to women’s health issues. The show earned Akil another SHINE award for an episode titled about sexually transmitted diseases.

Girlfriends quickly became one of UPN’s biggest successes, remaining in production for more than six seasons and going into syndication on other networks as well. However, since television remains a very segregated area of U.S. life, while the show has consistently been among the most-watched programs among black viewers, it has ranked much lower among white viewers. In 2006, the CW network took over UPN, keeping Girlfriends in its prime time lineup.

Akil followed her success with Girlfriends with a spin-off called The Game. The Gamefeatures a racially mixed cast in a half-hour sitcom about professional athletes and the women in their lives. Though the show has not achieved the audience popularity or critical acclaim of Girlfriends, its young producer remains full of energy, optimism, and ideas.