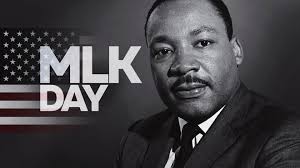 by Shmuel Ross and David Johnson

The Martin Luther King Jr. holiday on Jan. 20, 2020, marks the 25th anniversary of the day of service that celebrates the Civil Rights leader’s life and legacy. Observed each year on the third Monday in January as “a day on, not a day off,” MLK Day is the only federal holiday designated as a national day of service to encourage all Americans to volunteer to improve their communities.

Congress passed the holiday legislation in 1983, which was then signed into law by President Ronald Reagan. A compromise moving the holiday from Jan. 15, King’s birthday, which was considered too close to Christmas and New Year’s, to the third Monday in January helped overcome opposition to the law.

National Consensus on the Holiday

A number of states resisted celebrating the holiday. Some opponents said King did not deserve his own holidayâcontending that the entire civil rights movement rather than one individual, however instrumental, should be honored. Several southern states include celebrations for various Confederate generals on that day. Arizona voters approved the holiday in 1992 after a tourist boycott. In 1999, New Hampshire changed the name of Civil Rights Day to Martin Luther King, Jr., Day.