A handful of black artists have chosen to explore this fascinating dichotomy, appropriating its image to create works that challenge viewers’ perceptions and beliefs. 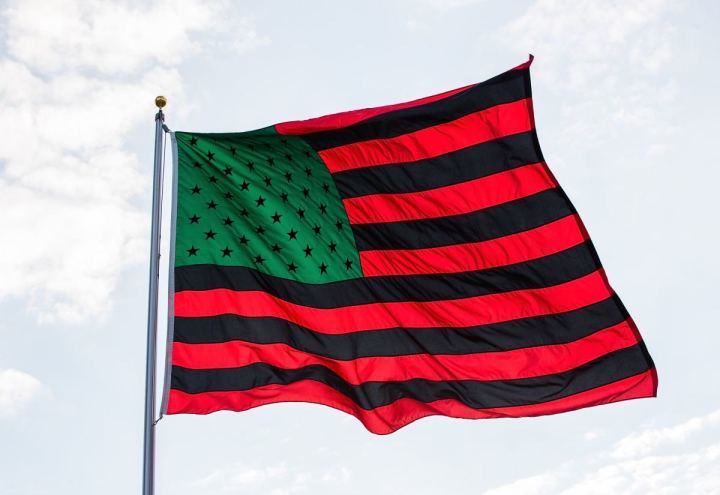 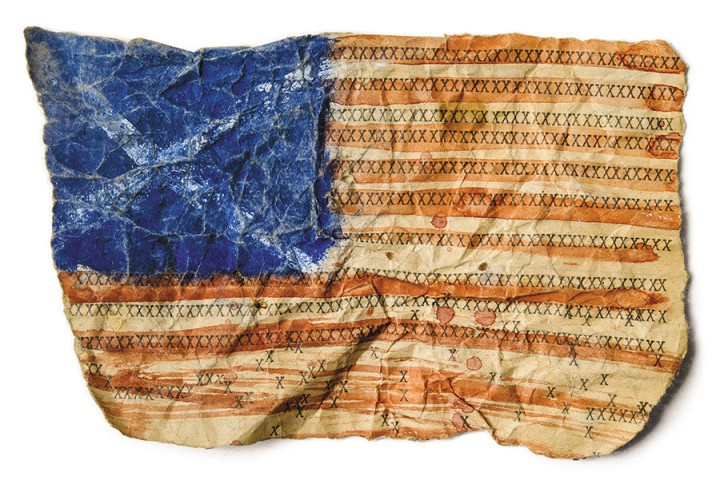 According to the Smithsonian, Basquiat’s former roommate Alexis Adler has previously vocalised the artist’s affinity for the flag. “Jean-Michel Basquiat always saw the flag as American art,” stated Adler once. 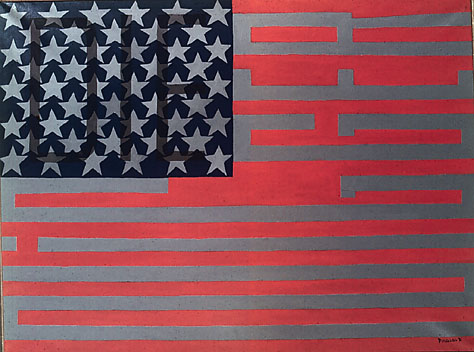 The Black Light Series: Flag for the Moon: Die Nigger (1969)

Instead of the traditional flag that the American astronauts planted on the surface of the moon, Ringgold has inscribed, “die” in black lettering within the stars and has broken and changed the stripes, so that the white stripes read “nigger.” 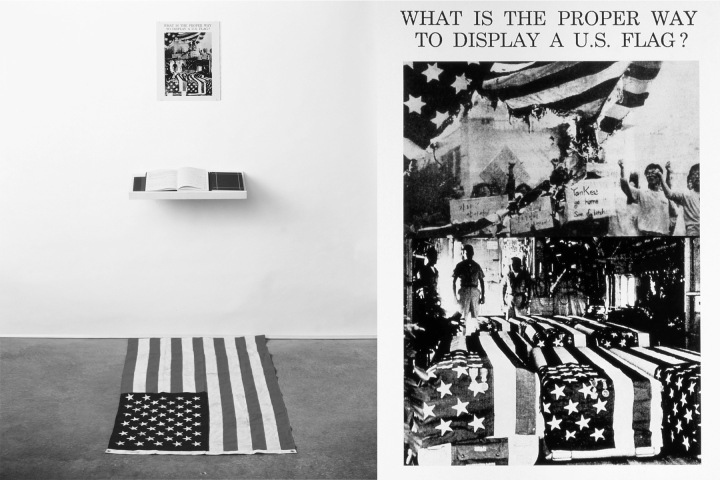 “What is the Proper Way to Display a US Flag?” by Dread Scott

By placing the flag on the floor, Dread Scott forced America to question what the banner really stands for as well as why. 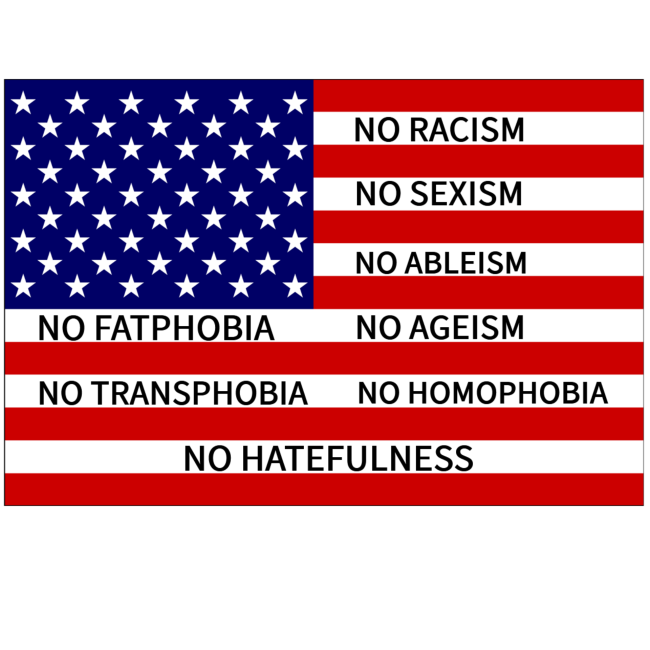 Innocent created an American Flag 2017 poster which include text like NO RACISM, NO SEXISM, NO ABLEISM, NO FATPHOBIA, NO AGEISM, NO TRANSPHOBIA, NO HOMOPHOBIA and NO HATEFULNESS.

Priscilla Frank is a contributing editor. She an art and culture editor at Huffpost.

One thought on “Black Artists Recreate the American Flag In Art”