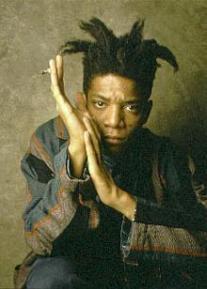 Ever since Gil Scott-Heron passed away I’ve been thinking a lot about addiction and the role it plays in the lives of creative people. In Gil Scott-Heron’s case it was crack that was his vice and pulled him from public view for the better part of a decade, but he was not alone in his penchant for escapism. In fact, most artists I know have the exact same self-destructive qualities; myself included.

I have yet to come across an artist that doesn’t exhibit some type of mental imbalance. From slight social retardation to flat out psychopathic, most artistic minds suffer from an inability to perceive the world around them in the same light as the people they find themselves surrounded by. In turn, artists generally find themselves secluded and almost completely disconnected from society. While these feelings often result in timeless pieces, be it paintings, poems, music, etc., it still does little to help the person creating them and they more often than not find themselves looking for a way to escape from their own thoughts. And since I can’t speak for anybody else, I’m going to go ahead and share from my own personal experience.

What only a few people in my close circle know about me is that I’ve spent most of my adult life putting a lot of focus into controlling my own particular vice: alcohol. While I can proudly say that in most circumstances I manage to have a firm grip on it, there are times where it gets the best of me. I’m sure everybody reading this has a story or two (or three or thirty) of situations in which they had a few too many, but in my case I don’t like the feeling of knowing that I did something out of character and damaged a relationship that is important to me; even just once.

No, I’m not violent when I’m drunk. I’ve never put my hands on a woman or slapped somebody undeservingly. Actually, when I drink I’m the opposite. I move at a slower pace and I appreciate the moment a lot more, which tends to make me an easier person to deal with. But on the same hand, I also become blatantly honest, willingly sharing my opinion with little care for whom it may affect, and it’s for this reason that over-doing it can be a bad thing sometimes. The reason why I’m telling you this is because lately I’ve been feeling even more disconnected than usual and thus I’ve been drinking more regularly than I should be.

I don’t know why I have such a hard time with the world that I live in. When it comes to women, I’ve never had a problem finding a few that are attracted to me (keeping them, well that’s a whole other story). I rarely ever find myself in a situation where money is an issue and if it is, I generally find a way to get my hands on what I need. I live a good life despite all of the things that I don’t like about the world around me. I think the reason I feel the need to escape is purely because I don’t know how to exist within it.

For the past few years I’ve found myself becoming increasingly eccentric. My mind drifts to places that I’ve never been before, discovering things about myself that I didn’t know were there. Working with Rodney Hazard has been a big reason for that as it’s his music that pushes my creativity further than I’ve ever explored in the past. But as I go through the process of writing this new album, and following the same exact path as “Marvelous World Of Color”, I’m finding myself further separated from the rest of mainstream society. Social encounters with other people (excluding those closest to me and a few other like-minded individuals) have become excruciatingly painful and a lot of the time I avoid them at all costs because if not, I analyze and scrutinize to the point of distortion. I also have found that a lot of people I encounter feel awkward around me, as if there’s a big elephant in the room that we’re all trying not to look at.

And so to counteract all of that I drink. A few beers provides me with the ability to once again be human. I don’t over-think conversations, instead I let them flow smoothly, and I rarely come across people I don’t like. All that I believe to be wrong with our culture seems to melt away and I can be a part of it without feeling the need to strike it down. Instead of entering my own world I do the reverse; I come back down to Earth and enjoy being another face in the crowd again. All of the questions and obsessive tendencies that I have get tucked away into the back of my subconscious. I am no longer analytical, I am now accepting. I am not distinctly separate, I am overwhelmingly average.

But despite my best efforts the feeling doesn’t last. I wake up the next morning back in my world again. I look back at the events of the night before and I almost view them as if they were carried out by another person. No matter how hard I try to positively assess them, I always feel like I was missing from the entire scenario. The fire that lives inside me was temporarily dulled and it’s because of that I’m uncomfortable in my own skin. So I pick up my laptop and write a new article or I push play on my iPod and make my way through a new song. This is my way of coming to terms with my own eccentricities. It’s through self-expression that I re-connect with who I am and what makes me this way.

I never quite understood what made artists like Jimi Hendrix, Gil Scott-Heron, Richard Pryor, Jim Morrison, Kurt Cobain, Jean-Michel Basquiat and countless others fall into drug and alcohol addiction. While I don’t consider myself an addict, or a genius for that matter, I do see what drove them to self-destruction and I could only imagine what it’s like to cope with that level of success. For true artists, our only goal in life is to create and push the boundaries of our craft. When we’re searching the landscape of our imaginations to bring life to a blank canvas, we’re looking for that ideal way to pull the listener into our universe. We are obsessive perfectionists, possibly because our own lives couldn’t be more chaotic.

I didn’t write this to convince you that drug and alcohol addiction are good things because there is nothing positive or pretty about it. Nor did I write this to somehow draw a parallel between myself and the aforementioned artists. I will never be on the same wavelength as a Gil Scott-Heron or a Kurt Cobain not because I’m not capable (or so I like to believe) but because I don’t want to be. I’ve learned a valuable lesson these past few years; sometimes you just have to accept your path and walk along it. I’m at peace with my limitations and I’m aware of who I am. Does that mean I’ll never drink again? Absolutely not. It means that I know how to beat the demon that dominates so many artistic minds.

One thought on “From Jean-Michel Basquiat to Gil Scott-Heron, Addiction & The Artistic Mind”