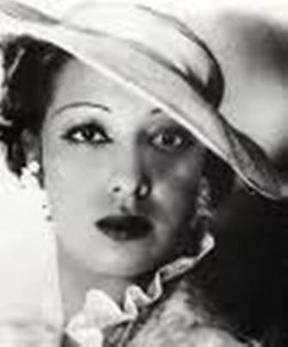 Born on July 8, 1902, in Giddings, Texas, Gwendolyn Bennett found success as a poet, fiction writer and journalist during the Harlem Renaissance with publications like The Crisis, New Negro and Opportunity. A visual artist as well, she later headed educational programs for the local African-American community. Having also worked in antiques with her second spouse, she died in Pennsylvania on May 30, 1981.

Gwendolyn Bennetta Bennett was born on July 8, 1902, in Giddings, Texas. She spent part of her childhood on a Native American reservation in Nevada where her parents were educators. After their divorce, Bennett’s mother was awarded custody. But Bennett was kidnapped by her father, who had remarried; she eventually settled in Brooklyn, where she attended Girl’s High School.

With a passion for the creative arts, Bennett became the first African-American member of her school’s theater and literature student organizations. She attended Columbia University’s Teacher College, though she transferred to Pratt Institute, graduating in 1924. She joined the faculty at Howard University for a time before receiving funding to travel to Paris, taking course work at the Sorbonne and Julian Academy.

Bennett had become a noted figure of the Harlem Renaissance, with her poetry published in the NAACP’s The Crisis magazine and Alaine Locke’s New Negro,and her artwork gracing the covers of The Crisis and Opportunity: Journal of Negro Life. Becoming known for poems like “Heritage,” “To Usward,” “Moon Tonight” and “Fantasy,” she also published the short stories “Wedding Day” and “Tokens” in the mid-1920s and penned “The Ebony Flute” arts column for Opportunity. Bennett went on to work as a journalist for publications like the New York Herald Tribune, The New Republic and the New York Amsterdam News.

Bennett was a skilled painter as well—her river and winter landscape works as examples—though much of her pieces were destroyed by fires or have been lost.

Bennett had moved to Florida for a time with her first husband, Dr. Alfred Jackson, before returning to the New York area in the 1930s. After Jackson’s death, Bennett later headed the Harlem Community Art Center until 1944 and then launched the George Carver Community School. The schools’ activities were halted due to investigation of alleged communist activities by the House Un-American Activities Committee. She subsequently worked with Consumers Union.

Bennett had married fellow educator Richard Crosscup in 1940. Forming an interracial union, the two started an antiques business during their retirement and remained together until Crosscup’s death in 1980.

Bennett died on May 30, 1981, in Reading, Pennsylvania. Her literary contributions can be found in various anthologies, with her professional and personal papers archived by the Schomburg Center for Research in Black Culture, in New York City.