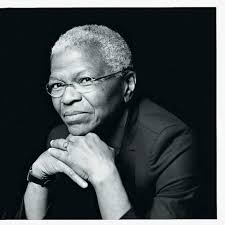 Mary Frances Berry is an American historian who is the Geraldine R. Segal Professor of American Social Thought and a professor of history at the University of Pennsylvania. She is the former chairwoman of the United States Commission on Civil Rights, and the former board chair of Pacifica Radio. END_OF_DOCUMENT_TOKEN_TO_BE_REPLACED

Synopsis Born in South Africa in 1946, Steve Biko co-founded the South African Students’ Organization in 1968, subsequently spearheading the nation’s Black Consciousness Movement, and co-founded the Black People’s Convention in 1972. Biko was arrested many times for his anti-apartheid work and, on September 12, 1977, died from injuries that he’d sustained while in police custody. Early Years Bantu Stephen Biko was born on December … END_OF_DOCUMENT_TOKEN_TO_BE_REPLACED